It’s finally happening yall! Disney Pixar’s Incredibles 2 is now playing in a theater near year. I don’t know about you but that 14-year wait was long but so worth it. I absolutely loved the film and cannot wait to take my little ones to see it this weekend.

While in LA for the #Incredibles2Event I had the opportunity to screen Incredibles 2, the kid in me was screaming while the adult in me was repeating keep it together Jay.

PS: If you like this film you should definitely check out the Incredibles 2 Interviews with the cast listed below! 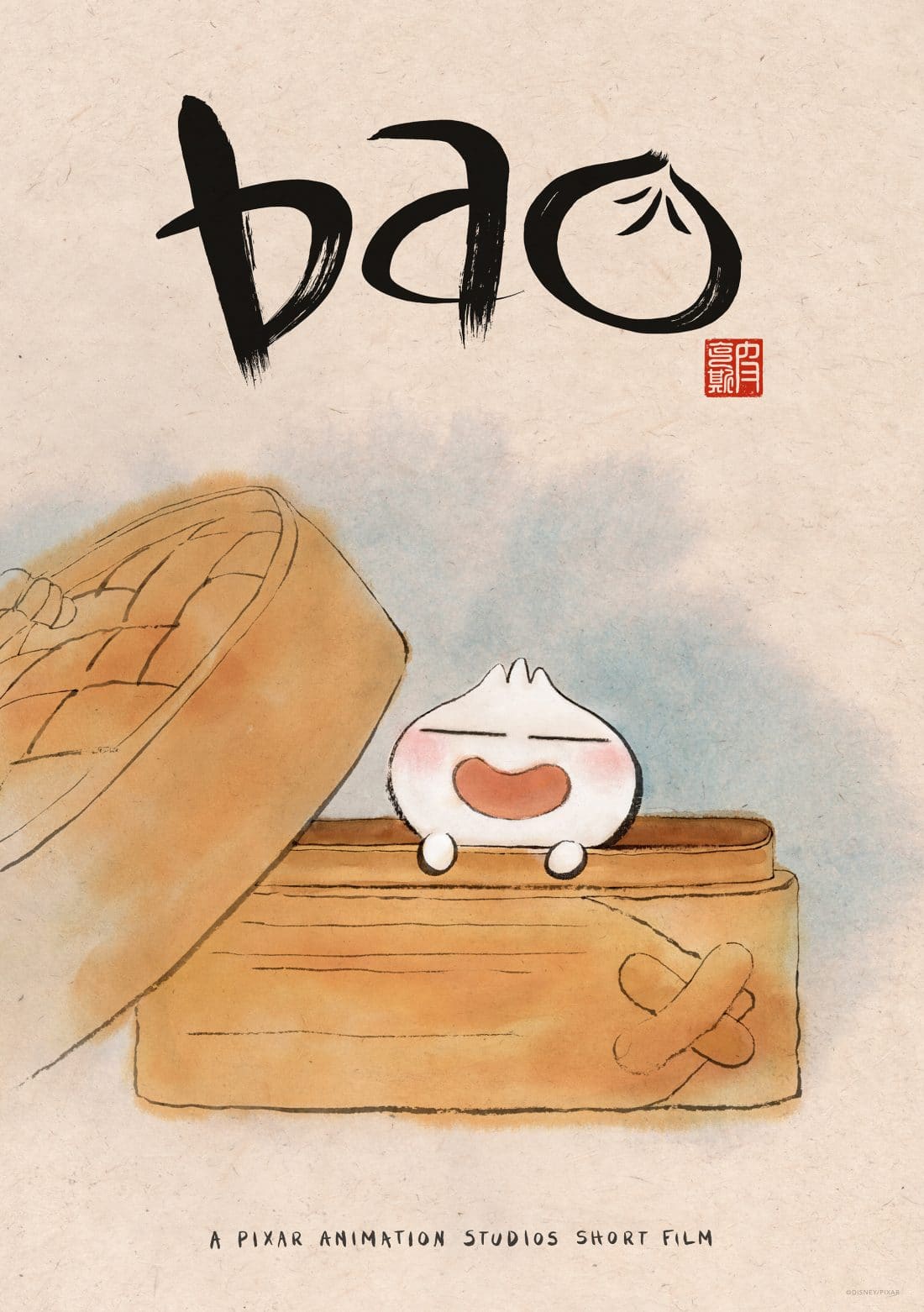 The short follows an aging Chinese mom whose son has left the nest discovers that one of her dumplings has sprung to life as a little dumpling boy, she welcomes him with open arms. But even dumpling boys grow up fast. Director Domee Shi explores the ups and downs of the parent-child relationship in Disney•Pixar’s new short “Bao,”.

This short will catch you off guard and make you laugh and cry. As a mother of 4 I really got invested with my emotions on this one, although it seems to be a different storyline completely from the Action Packed Incredibles 2 film. The Director Domee Shi pointed out during our interview with her, that it is related in a way that you see this strong mother just like Elastigirl.

14 Years In The Making – Cooked Up Something Awesome!

Get ready to have your socks knocked off, I seriously cannot stress enough how awesome this movie was. It took 14 years to get here but lets not get caught up on those numbers. The number one thing you should get caught up on is how this Incredible family hasn’t changed one bit. The Incredibles 2 film picks up moments after the last one ended.

Genius idea! Seeing as we don’t want the family to age and need way more doses of Incredibles in the near future. 2 thumbs up Disney Pixar for bringing yet again another film my whole family can love and want to get into. I absolutly love it and cannot wait to get this on DVD.

Kid Friendly? – What You Need To Know

Things to Look Forward To

In a fun turn of events, Elastiirl is called into action to help bring back Supers. Elastigirl’s mission is to shed a positive spotlight on how supers are there to help and not hurt the public. In this film, you will get a chance to see what Elastigirl is really made of. Whereas in the previous film we only had small doses of her. Watching her fighting and showing off all her moves, including facts about her that Mr. Incredible didn’t even know was awesome.

This right here was a perfect example of how becoming a mom doesn’t mean you still can’t be a bad mamma jamma. It just means you have much more to fight for at the end of the day.

Directed by Brad Bird and produced by John Walker and Nicole Grindle, “Incredibles 2” busts into theaters on June 15, 2018. ©2018 Disney•Pixar. All Rights Reserved.

I’m sure you have seen this all of your social media accounts but Jack Jack really did steal the show on this one. He has so many powers that I lost count on how much he could do halfway through the movie. Thanks to Edna we will hopefully be able to see him gain more control over them as he grows older, but how cool is it that he can teleport to other dimensions?

Mr. Incredible As A Father

In the previous film, we pretty much saw Mr. Incredible as a fighter, a family man and lifelong friend to Frozone. Incredibles 2 explores something not many people talk about. How dad is capable of taking care of the household and the kids while mom is away on business. The hilarious struggles you watch Mr. Incredible go through when Elastigirl is away will make you laugh till your side hurts.

Don’t worry though, Mr. Incredible gets the hang of things and shows off just how super he is as a father. I was very touched by his many scenes with the kids’ Dash, Violet, and Jack-Jack. I even gave him that nod of AWE I feel your pain in a few scenes. Loved loved loved that this aspect of parenthood was explored and shown through this film. It’s not really talked about in films but shown in such a special way in this film.

These two siblings are always going at it, as a mother, I don’t think that will ever change. Expect to be delighted in this film as you will watch these two mature and learn to work together with and without their powers. These two really step up in this film giving their enemies a run for their money.

With the help of Frozone of course who makes his appearance only minutes into the film. There isn’t anything new presented about Frozone’s history but you do get a small snippet of how close Mr. Incredible and Frozone are in one scene. Assuring us that their friendship goes way back and these two have been working together for many years.

Pixar’s newest film The Incredibles 2 movie is now available in a theater near you! Check out the information and trailer below for more deets on this new Incredible film.

In INCREDIBLES 2, Helen (voice of Holly Hunter) is called on to lead a campaign to bring Supers back, while Bob (voice of Craig T. Nelson) navigates the day-to-day heroics of “normal” life at home with Violet (voice of Sarah Vowell), Dash (voice of Huck Milner) and baby Jack-Jack—whose superpowers are about to be discovered.

Their mission is derailed, however, when a new villain emerges with a brilliant and dangerous plot that threatens everything. But the Parrs don’t shy away from a challenge, especially with Frozone (voice of Samuel L. Jackson) by their side. That’s what makes this family so Incredible.

I took my 6 year old son to see it these school holidays and he found the glasses/eyes scary. There were a lot and I can see that it would be scary. I hope your 5 y.o. was ok with it. We bumped into a 7 y.o. afterwards who said he found it scary, too (before my son said so). I wish I had checked reviews beforehand. However, I thoroughly enjoyed it.